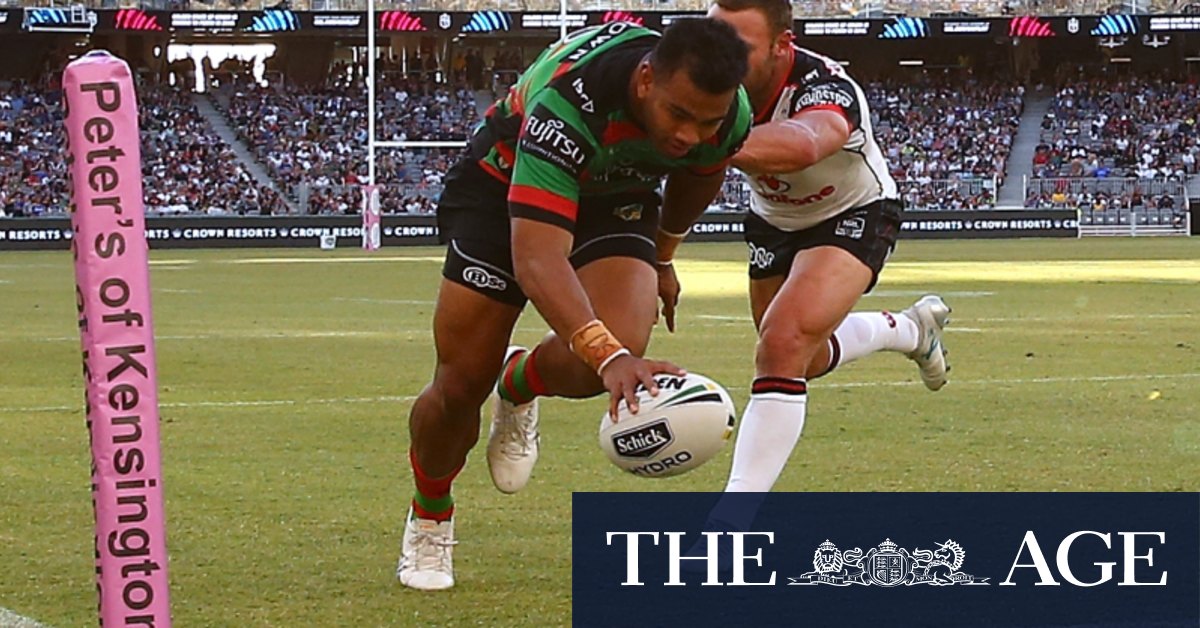 Kennar has made just 32 NRL appearances since making his debut in 2015. The decision to leave Souths for his Mormon mission had the potential to end Kennar’s career, but the former Australian Schoolboy had no doubt he could get back to the top after his sabbatical.

“I always backed myself to come back bigger and better,” he said. “I’m grateful for the opportunities.”

After reporting for pre-season training late, Kennar got himself fit by shedding the excess kilograms in the boxing gym.

“I just wanted to work hard to get in the best possible shape of my life to not only continue to play NRL, but to make an impact when I play,” he said.

The Rabbitohs have been impressed with the progress Kennar has subsequently made. The club has an option on his services for next season, but have additionally tabled him an offer to stay for next year. The parties are hoping for a resolution after Souths’ campaign concludes.

See also  ‘I don’t fear it’: Bennett relishes challenge ahead of Dolphins debut

“The opportunity has come up through an interesting circumstance, but it’s well deserved because he’s worked very hard this year,” said Kennar’s manager, Michael Cincotta.

“He’s a bit of a journeyman and at an age where he’s very appreciative of the opportunities in front of him.”

Demetriou said he had no qualms about selecting Kennar for the clash with the premiers.

“[Johnston] was never really going to be a chance to play, but we gave him every opportunity. If we get the job done, he’ll be back next week,” Demetriou said, while also confirming Jai Arrow will be fit to play.

“I’m really happy for Richie to get an opportunity. I think the game suits him, it’s going to be physical, and physicality is not AJ’s strength. There’s a bit of a win there.

“He has played one game, scored a hat-trick. He’s been awesome for us throughout the year. He really fits into our culture, the boys love him here and you could tell, when I told the boys he was playing, how excited they were.

“He’s 27, he’s been around the traps so he’s not going to be overawed by the occasion. He’s really good in the air which is really important, dealing with Nathan [Cleary’s] kicking game, so that’s a plus for us. Coming out of the back of the field, he’s as strong in yardage carries as anyone.

“[The decision] was based on today. We can’t afford a winger coming off the field. We made the right decision. I’m sure he’s gutted, but he is putting the team first and we move on.”

Kennar is likely to match up on Panthers winger Charlie Staines, with Brian To’o likely to move from the right to the left wing due to the suspension of rookie Taylan May.