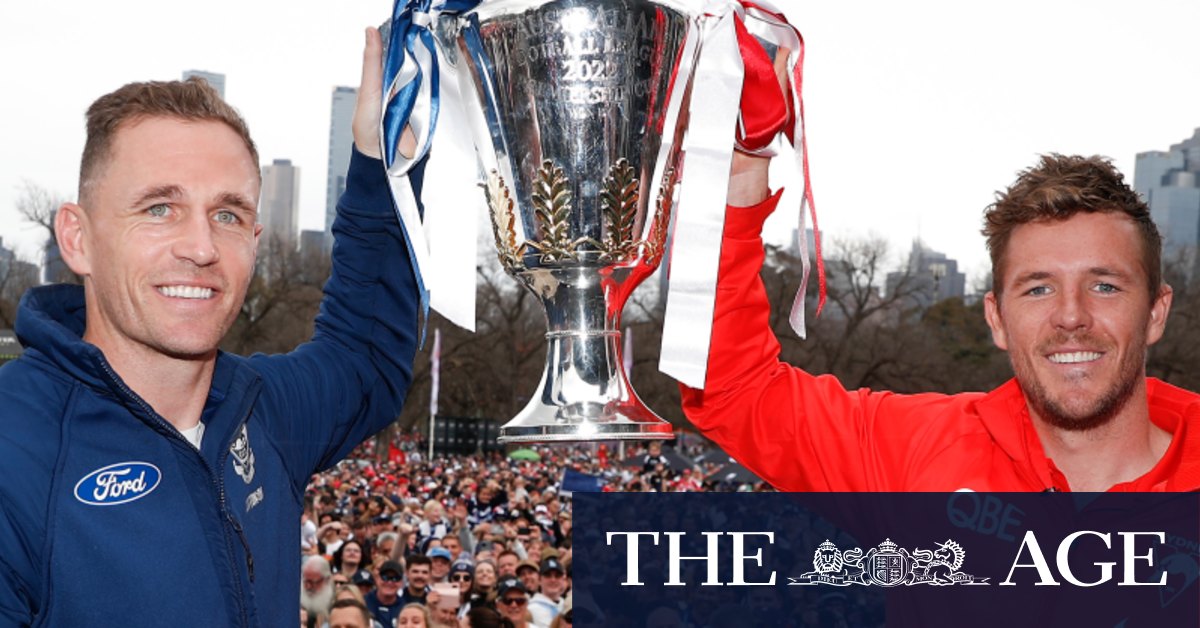 JON PIERIK
The Cats are fresh, haven’t been beaten since May and have weapons across the entire field. Expect Dangerfield to look to make an imprint early, as he did against the Lions.
Prediction: Geelong by 15 points.
Norm Smith: Patrick Dangerfield (Geelong).

PETER RYAN
Geelong’s game is in good shape but they will need to be at their best to beat Sydney who are tough and skilful enough to rattle the Cats if they are not at their sharpest. Geelong’s scoring power just gives them an edge.
Prediction: Geelong by 8 points.
Norm Smith: Cam Guthrie (Geelong).

SCOTT SPITS
Geelong are as well-prepared and evenly balanced as you’d like any premiers to be. Expect one of Jeremy Cameron and Tom Hawkins to boot a handful of goals and put the Cats in a winning position.
Prediction: Geelong by 28 points.
Norm Smith: Jeremy Cameron (Geelong).

CAROLINE WILSON
Almost everything has gone right for the more experienced and marginally more talented Cats. It would prove a major upset if they fell at the final hurdle.
Prediction: Geelong by 20 points.
Norm Smith: Tom Stewart (Geelong).

ANDREW WU
With the exception of their first final, the Cats have hardly been challenged in three months. This leaves them vulnerable to be jumped by a tough and slick Swans side hardened by September combat.
Prediction: Sydney by 6 points.
Norm Smith: Luke Parker (Sydney).