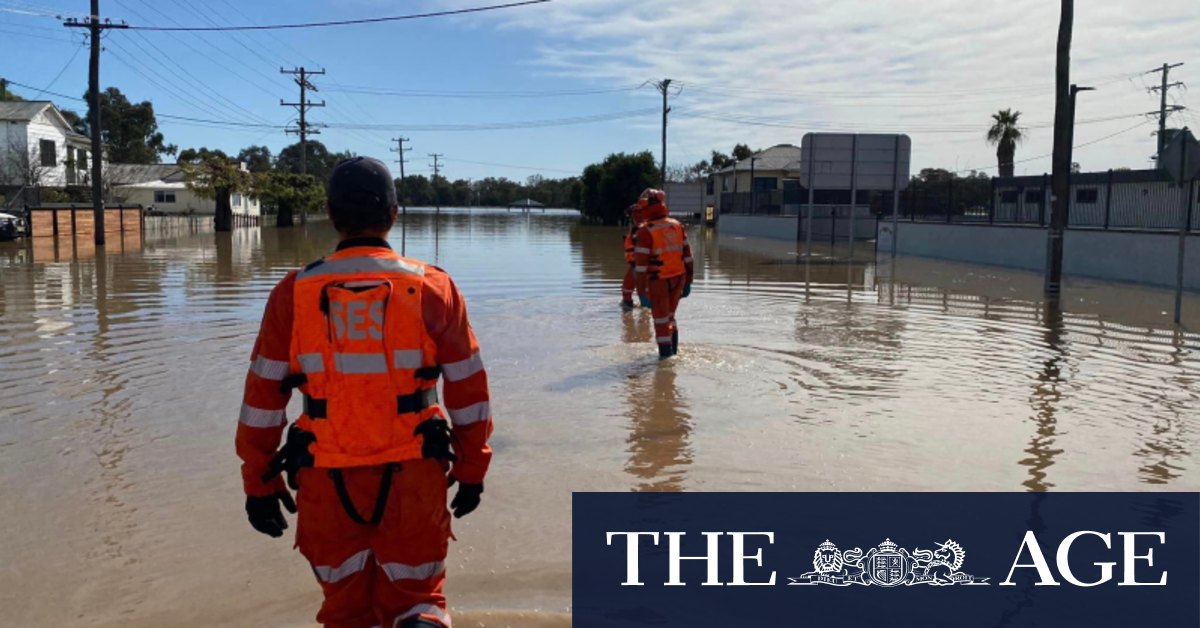 Heavy rainfall has drenched the area around Tullamore in recent days, with some areas receiving a quarter of their annual rainfall in just one night.

There are 19 flood warnings in place around the state, with major flooding expected along the Macquarie, Lachlan, Bogan, Gwyrdir, Namoi and Culoga rivers.

Major floods are expected to hit Gunnedah on Saturday morning.

“Flood levels should be close to or exceeding the levels reached last week,” the SES said in a statement. “Residents have been door knocked and are prepared with more than 1000 sandbags being issued.”

The SES has undertaken five flood rescues and received 144 requests for assistance in the past 24 hours.

There is a risk of flash floods in the Northern Rivers, Mid North Coast and Hunter districts.

Our Breaking News Alert will notify you of significant breaking news when it happens. Get it here.