Skip to content
MENU
Homepage / AFL / ‘We were watching those blokes break’: the Hawthorn women who would not stay silent 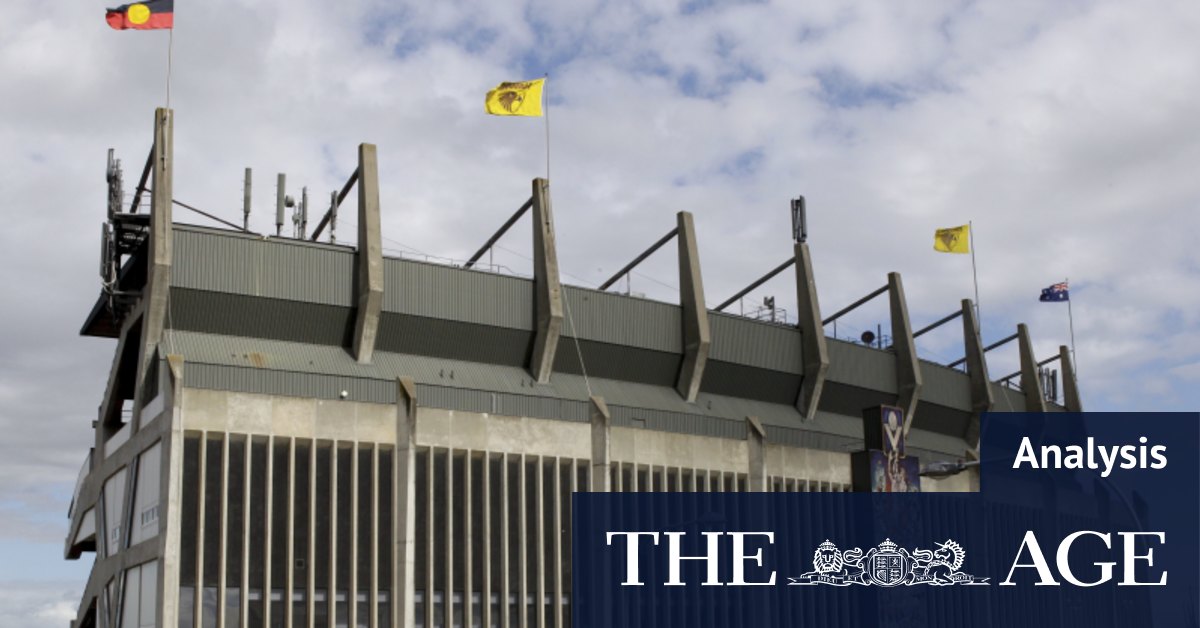 Added Ware: “For the women who have spoken up I think it has been the realisation that for all this time they couldn’t heal. They couldn’t truly be well. They had been ignored and unheard. I’m hopeful they will now have been given the strength to speak up. What was so hard for them was that these were very personal and private stories. Stories sacred to their own bodies.

“They needed baby products to be delivered. They needed to be directed to the right hospitals. They needed love and care from the football club and they received the opposite. We will see inter-generational trauma from this. Babies born when their mothers were suffering from anxiety and anguish. They won premierships, but at what cost?”

Ah Sam-Rioli was the subject of significant negative commentary after The Age published her revelations and those of Cyril regarding their time at Hawthorn. A number of senior Hawthorn players suggested she had influenced her husband to have negative feelings about the club. Cyril Rioli’s uncle Michael Long played down their claims and urged his nephew to “seek help” and strongly defended Hawthorn saying the club had good indigenous leadership.

Of the forthcoming inquiry Ah Sam-Rioli said: “This is the only way it can end. For Junior and me, we are not victims and we don’t want money. This story for us was about truth telling. About ensuring there is a safe place for our nieces and nephews to come into.”

Former Hawthorn coach Clarkson, who according to a review into Hawthorn’s racist past, was alleged to have pressured the partner of a young Hawthorn player to terminate a pregnancy, has vehemently denied the allegations levelled at him, as has his former football boss Chris Fagan.

For Clarkson’s new club North Melbourne the worst-case scenario is particularly devastating given the Kangaroos have rebuilt their football operation around him and his new team. At North also, there is former Hawk Jed Anderson, an Indigenous player out of contract and unsure of his future. Brisbane Lions star Charlie Cameron – in a meeting with senior Indigenous players and the AFL this week – outlined his utter confusion at the allegations levelled at his coach Fagan, allegations that he said painted an unrecognisable picture of the coach he knew.

AFL commissioner and Golf Australia chairman Andrew Newbold, who presided over Hawthorn at the time of some the worst of these claims, has also stood down from his AFL role. Whether he had knowledge of some of the allegations will be investigated. Should the allegations be proven the football future of Gold Coast chief executive Mark Evans, formerly a Hawthorn general manager of football, remains unclear. Evans has said he had no knowledge of the recent revelations, but the same can be said of Ian Robson at the time of the Essendon drug scandal and he was forced to resign.

See also  The great finals debate: Which player needs to fire for your team in September?

While the review undertaken by Egan focused upon a group of Indigenous players and their families it has now emerged that at least one former assistant coach has corroborated some of the claims. At least one former player manager involved at the time has indicated his willingness to back up some elements of the review.

It was the revelations detailed in The Age in April by the Riolis – in which Cyril also said Hawthorn was the one club he would not put up his hand for and described “gaslighting” towards him by Hawks personnel – that provoked the Hawthorn review. And yet the full horror of the allegations levelled at the club as a result of that review has shocked them.

“This is just horrific,” Ah Sam-Rioli said. “When the (ABC) article came out, dots started to connect with me and lightbulbs went off. (But) our experience was nothing compared with what those blokes went through.” Ah Sam-Rioli outlined five months ago in The Age how Hawthorn football officials arrived at their home and attempted to persuade the partner of a young footballer living with them to return to Darwin.

It was one in a series of racial red flags that led to Cyril Rioli’s premature departure from the club. According to the Riolis, the final straw for them was a comment directed at Ah Sam-Rioli in 2018 after a game in Launceston by president Jeff Kennett along with the club’s subsequent handling of the incident.

The Riolis were contacted by a club official urging Cyril to meet Kennett and resolve the issue. They said the club threatened to otherwise leak the story themselves in order to control the narrative. Ah Sam-Rioli said she had spoken during Cyril Rioli’s time at Hawthorn to coach Clarkson and football official Burt about implementing adequate cultural awareness programs at the club and – like Shaun Burgoyne and others – pushed for Indigenous liaison officer Leon Egan to be paid to work longer hours at the club.

But Hawthorn could only find the funding to pay Egan one day a week over a four-year period in which the club regularly reported seven-figure profits and had received significant sponsorship for Indigenous programs from the Epic Good Foundation. Egan, a father figure to a long line of Indigenous footballers, urged the club after the Rioli revelations to face up to its shameful racist past, which included a policy of not recruiting Indigenous players.

He, too, has been shattered by the allegations levelled at the club and key figures including Clarkson, Fagan and Burt, who also stepped down this week from his sporting leadership role at Caulfield Grammar School. Having urged Hawthorn chief Justin Reeves to embark upon the review Leon Egan, who is Phil Egan’s cousin, also had no idea of the allegations. “I welcomed these people into my home,” he said. “I trusted them.”

Keep up to date with the best AFL coverage in the country. Sign up for the Real Footy newsletter.