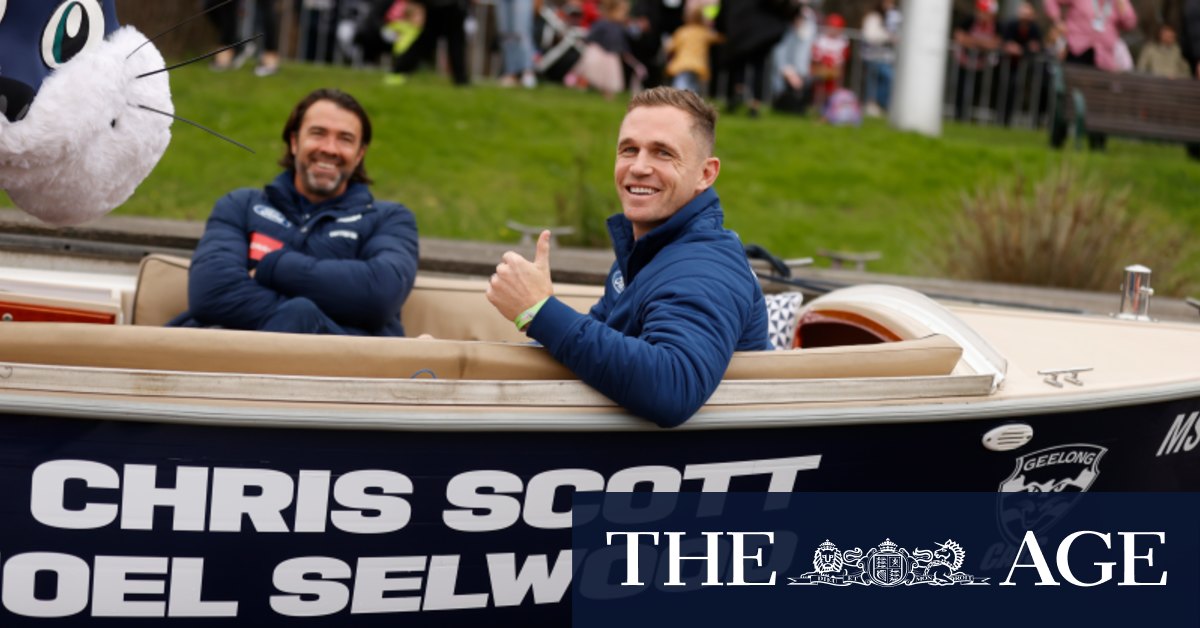 Thousands of footy fans have lined the Yarra River to watch the players pass on boats for this year’s grand final parade, but many have been left disappointed by a decision to turn the flotilla around before it reached a key vantage point.

Fans who gathered on the Princes Street Bridge on Friday for an up-close view of Geelong and Sydney players on the river have been left frustrated that the boats were turned around well before reaching the bridge.

Spectators had packed the bridge up to five people deep only to watch as the pontoons turned around earlier than they expected.

Twitter user Milly wrote: “Sooooo so so bad. The boats turned around way before anyone in this photo who waited for hours in your ‘viewing areas’.”

It’s the first time in three years the grand final parade has been held in Melbourne after the COVID-19 forced the decider interstate in 2020 and 2021.

The revamped parade featured a flotilla for the first time, with players onboard pontoons.

Not everyone was disappointed, however. Sydney fans the Brewer family have supported the club since they were based at South Melbourne.