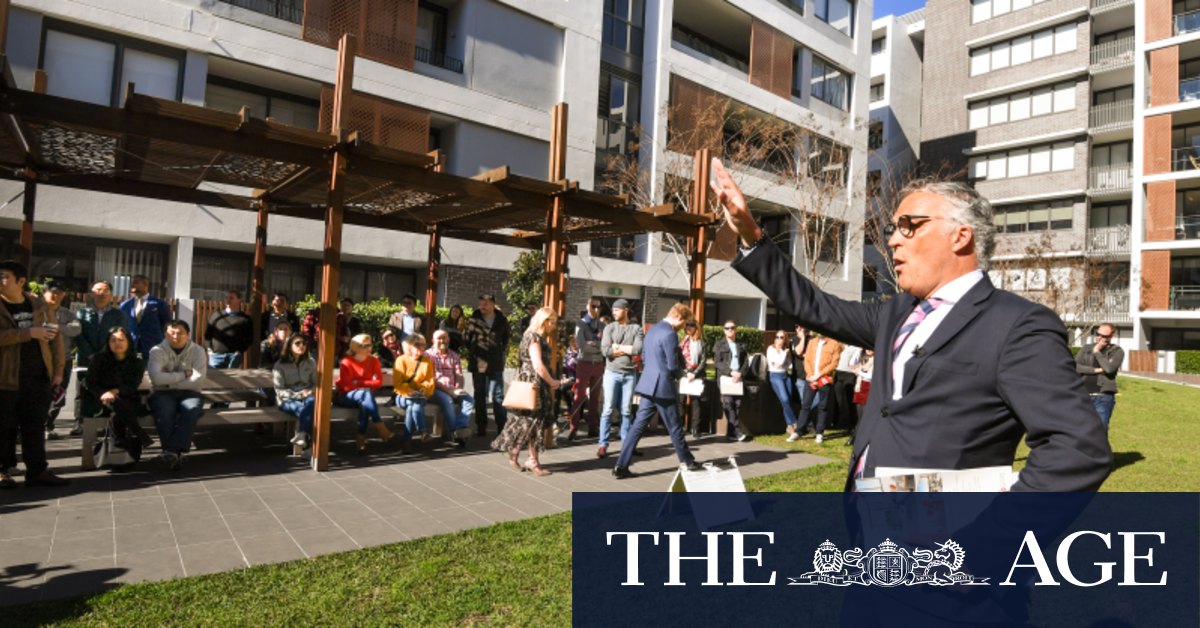 He said the surge in house prices relative to units was magnified by the pandemic, leaving house prices now at risk of falling further than unit prices through the property downturn.

He forecasts that interest rates will fall in the second half of next year, and property prices bounce back, but said interest rates may end up higher than their pre-pandemic levels.

That would limit the boost to buying power for owner-occupiers looking for detached houses, he said.

Meanwhile, immigration is returning which could support demand for rental properties, largely apartments, he said.

“The magnitude of outperformance of houses relative to units on the next upswing is likely to be muted compared to what it has been in the past, simply because units will be supported by the higher immigration [trend], and interest rates probably won’t fall as much as they have in previous cycles,” he said.

KPMG senior economist and partner Sarah Hunter does not expect a repeat of the extreme gains in detached houses compared to units.

She said the lockdown-fuelled demand for space had pushed up detached house prices, but this type of home is now falling faster in price than apartments.

“For a city like Sydney, affordability of detached houses worsened much more markedly than it did for apartments,” she said.

“Up to a certain point you might have a really strong preference to live in a detached house … But if it’s not affordable for you or you’re having to compromise in terms of location buyers will naturally pivot back and consider attached housing.”

She expects the gap between house prices and unit prices to continue to narrow.

Temporary migrants are returning, who tend to prefer inner-city apartments, plus lockdowns have ended and reduced demand for spacious homes with backyards.

“I don’t think we’ll see a repeat of quite that extreme pattern we’ve seen in the last couple of years,” she said.

“The detached [homes] won’t outstrip the apartments by that much.”

Centre for Independent Studies chief economist Peter Tulip said the lockdown-era demand for spacious houses with gardens would likely persist to a substantial extent in future.

“A lot of workers and companies discovered that working from home is quite feasible and the technology has been set up and people are used to that idea. That will reverse a bit, but not completely,” he said.

He said more than half of what buyers pay for the typical house is the land component, which has been bid up substantially as incomes and populations increase.

Apartment prices could also rise if voters oppose new housing developments in inner-city suburbs, he said, although they would not rise as much if there is support for an increase in housing supply, adding the attitude of voters was hard to predict.

“If they don’t allow anything to be built – the way a lot of inner-city local councils talk – then you’ll get a substantial increase in demand, and the increase in demand will be most severe closest to the city, in the inner suburbs, which are disproportionately apartments,” he said.

“I would love voters to decide we need a lot more housing and we need housing to be affordable. I’m not hopeful of that though.”